I went online shopping a few weeks ago and it seemed liked FOREVER for the items to arrive to my house, but really it was just like 4-5 weeks LOL

The first shopping parcel came through was from pinkyparadise!!!
My order only contained the Candy Doll concealer in 01 and cheek color in Strawberry Pink. 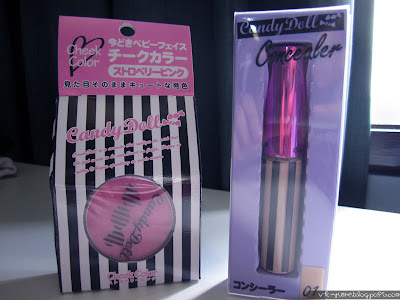 I also got a Velcro fringe thingy as a freebie from Pinkyparadise. I've wondered how they work and how they can really hold your hair back up but amazingly it does!!! xD 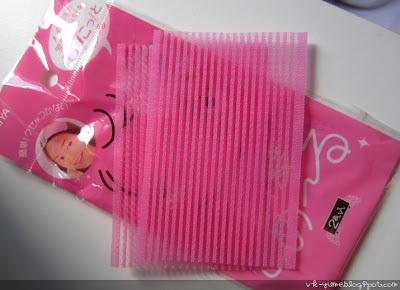 I gotta say this Candy Doll blush is amazing!!! I read a lot of reviews before purchasing it and thought the reviewers were exaggerating when they said the color was intense! Just one swipe and so pigmented! I used a medium-sized powder brush to brush it on and it works well for me =)


The second parcel was from pretty&cute
This was the one that was I was most keen on and again took a while to arrive. I ordered on 31st of October and arrived 2nd of December.
It arrived in a small box and delivered straight to my door by a courier but he left it on the wrong side of the house >< Thankfully I was home to pick it up. When I first opened it I couldn't seen anything except that white stuff. The items were at the bottom. 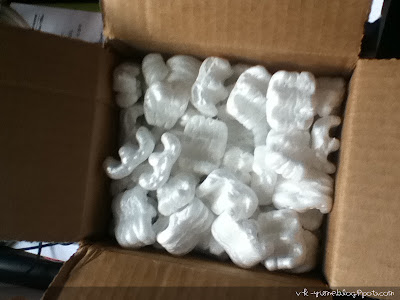 So I ordered the Dr. Jart's Blue Label Dew Drop BB Cream and Lioele Waterdop Sleeping Pack. Based on a video review by S2Janie in one of her videos, she mentioned that the Lioele sleeping pack is good for help tightening the skin and pores (or something like that) and to help the skin more youthful ~~ 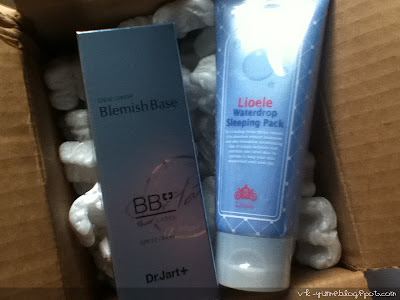 One thing that took me by surprise was that both bottles were sealed. I can't remember the last time I purchased something that had a seal on it like this >< So that made me feel secure knowing I got what I paid for!

I read reviews (again!) that the Dr. Jart's BB cream is good for combo-oily skin but then that what's I also read about the BB cream I'm currently using lol -the Skin79 pink one. I still find that I get oily on my t-zone even with powder on top. I did like that the Skin79 made my complexion whiter but it also had a downside.I wore it to work and had a customer say I look a bit sickly =____= which is why I went and bought blush! I want to use my Skin79 BB cream first before I start using the new one. 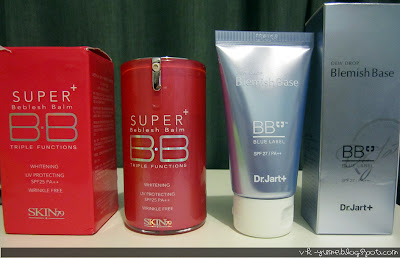 And finally from eBay! Telephone wire hair ties! Ever since my friend told me these type of hair ties won't leave kinks in your hair I've been really interested in them! Just looking at the design I thought it would but I suppose because it's made out of plastic that it doesn't...? It's been great tying my hair up and then just pulling it out without having to worry about that ugly kink. I bought a pack of 10 for $1.30 from a HK seller. Again took over a month >< 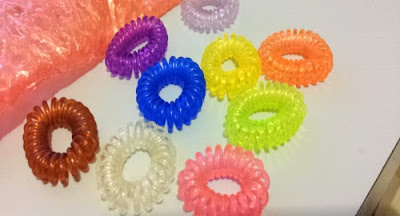 I'm really finally glad to have received ALL my items but I don't think I'll be ordering from pinkyparadise or pretty&cute anytime soon! I did, however, just make a purchase two nights ago on ebay for a Christmas present for someone lol ~~ fingers crossed it comes before christmas >< even a few days after christmas I wouldn't mind!