I went shopping today and it felt great =)
Downside was that I didn't buy as much as I hoped. Sales were on but most of the stuff were clearance ugly clothes and shoes that no one seemed to liked.

First up is makeup ! I purchased Revlon Photoready in 003 Shell and Revlon Colorburst lipstick in Soft Nude. I've been wanting to try the Photoready foundation for a while but I didn't want to pay full price for it lol *cheap asian* =P

I know many reviews have been saying it's not all that it is hyped up to be...the fact that it can make someone sparkle like Edward Cullen from Twilight was a bit...=\ but I read someone's else review and says to try a matte powder rather than the powder that comes with the Photoready foundation and you won't sparkle ~ 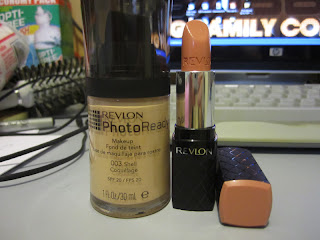 Next is SHOES! I went into pretty much every single shoe store in the shopping center and I only came out with one pair. Disappointed. There were quite a number of shoes that just I just didn't like. I decided to buy these one coz they were cute and cheap =P They're not that high either so should be comfy when I do go clubbing in them ^^ 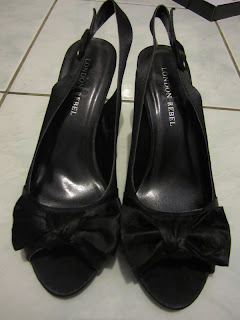 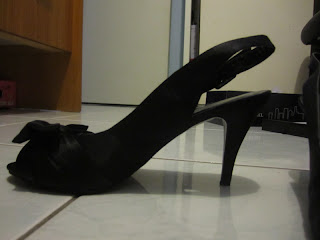 Finally, a dressy top ! Another white top! I have so many at the moment >< But this was pretty so I bought it anyways. Bought from Forever New for half price! It's a bit tight but fits snugly around the bust area. 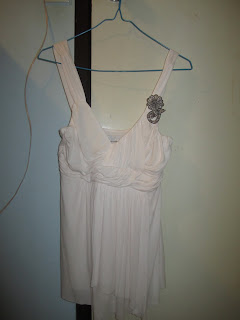 I also bought a new wireless mouse and it's PINK! ^_^
I kind of wished I had bought more but then I again I need to save as well for a trip next year =)
Posted by Anne | mz Didi at 8:48 PM No comments: