Yesterday was the first day back of uni and my first lecture was at 5pm lol
I realised I had enrolled into a second year subject for my sub-major and I had no clue as to what the lecturer was talking about because he kept referring back to "foundations units that you did last year" D= I did no foundation units last year for Ent. Industries!! D= So I promptly unenrolled from that unit as soon as got home lol

After the lecture I went out for a night stroll with my DSLR and took a few snaps. Didn't take that many good ones because night photography proved more difficult than I expected! Lots of camera shake and blurs because I didn't have a tripod or I moved the camera too early, even when I had it rested on a smooth surface ... Fail, much? =__="

Here are the snaps. They're not edited but I took them in JPG rather than RAW (Still trying to work that out!!)


I really like this kind of composition where the "lines" draws to the centre. Just wish the metal bar was out of the way. 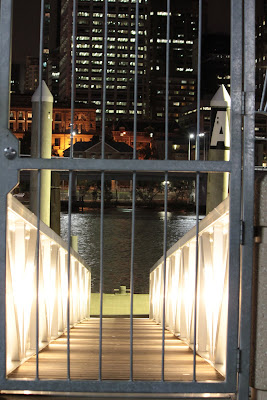 My thoughts is that the only pretty side of the Brisbane river is the casino area where the lights change different colours onto the river. 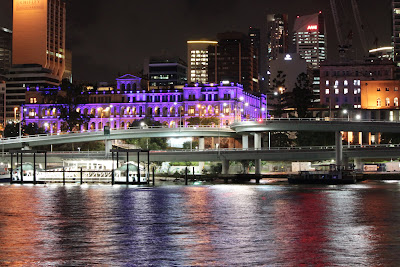 Other side of river...the giant Ferris Wheel 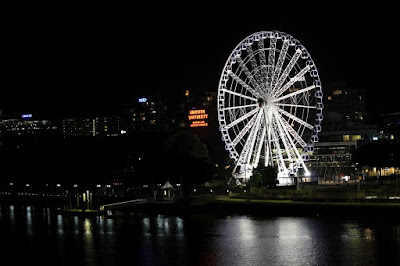 Last Friday night I went out to my bf's friend's birthday. I've only met the guy once so I was bit surprised he invited me. I thought we were going to out clubbing but it was just a chill lounge bar kind of environment.


I'm wearing Geo Princess Mimi Chocolate Brown!!! Wasn't sure how I'd feel about these because I just adore my Sesame Grays but they're pretty good! 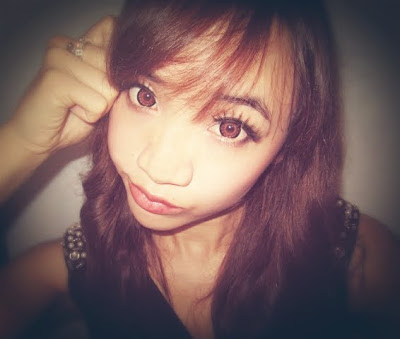 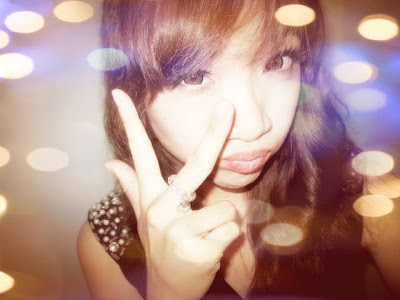 Ps. I've debating on a new blogspot name ! I got rid of "vk-yume" because that was when I was into jrock and vk stood for "visual kei". Now I'm no longer into that and trying to find something that suits me now! FOr now, I've chosen "pearls-and-bows" but I'll probably change it soon. I wanted to use part of my name in the URL but it wouldn't let me T^T